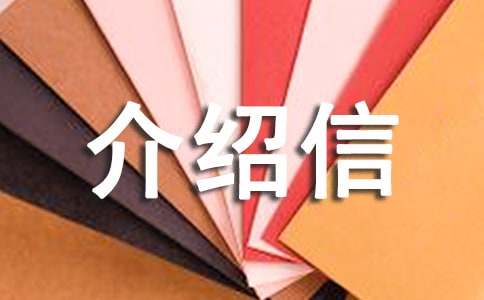 this is to introduce mr. frank jones, our new marketingspecialist who will be in london from april 5 to mid april on business. we shall appreciate any help you can give mr. jones and will always be happy to

The Embassy of Germany in Beijing

we are pleased to introduce mr. wang you, our import manager of textiles department. mr. wang is spending three weeks in your city to develop our business with chief manufactures and to make purchases of decorative fabrics for the coming season.

we shall be most grateful if you will introduce him to reliable manufacturers and give him any help or advice he may need.

To Whom It May Concern:

Determine and analyze the requirements of each system project into related componets solved through the application of computer technology.

Write specifications for computer programs, and test and implement programs for network systems and control systems.

Mr. Li has mainly taken part in the following projects:

The design and development network and database systems for the Golden Credit Card Project.

Mr. Li is a hard-working and talented analyst, and is highly respected member in our company. If you need further information, please feel free to contact me. Sincerely yours, Singature, Zhang Jianguo

At the request of Mr.Xizhen Chen,my former student in the Department of Computer Science,Beijing Univ.of Sciences,I am glad to write this letter furnishing my uation ofhis academic aptitude for your reference.Mr.Chen is interested in your graduate program in Computer Science.I came to know him in September 1987 when Mr.Chen enrolled in my class on FORTRAN IV Programming,a three semesters’’course.In the class he was one of the most outstanding students.At the semester final he earned ahigh grade of 81,which should be"A"according to our grading system.I also ound him good at other studies.After the class,he had personal talks with me several times.

He indicated agreat interest in computer hardware,In my opinion,Mr.Chen has apotential in Computer Science,which can be further developed.In view of his previous achievements in this College,I am firmly convinced that Mr.Chen will make asuccessful graduate student.Your favorable consideration of his admission will be hi ghly appreciated.

I am pleased to write this letter for my former student Miss Nan Li,who graduated from this College with an L.B.degree in June 1978.Miss Li was admitted to the Department of Law of this College in 1974 through highly competitive entrance examination whi ch is conducted annually and is open to the whole nation.Even in such aselective group.Miss Li made herself distinguished.As professor and dean of the College,I have access to her records of academic work and moral conduct,In her fourth year study,I instructed her in Anglo-American Laws on Trespass.So Ihave known her quite well.Miss Li’’s performance,like that in many other courses she taken,was excellent with asuperior grade of 86 for the first semester,and 84 for the second semester.

In our university and in other university here,80 is considered"A",the highest level.As far as Iknow,Miss Li wishes to continue her study in Law for an advanced degree.I am sure she has had sufficient prerequisite knowledge for the subject and certainly has the ability to undertake the study.I recommend Miss Li without reservation and shall appreciate your favorable consideration of her application.